Off Grid Solar Power – Is It Worth The Trouble?

If you’re a prepper trying to prepare for SHTF, then the question might seem redundant. After all, what’s more important than being energy independent in case of a survival or emergency scenario?

Telson Survival is a participant in the Amazon Services LLC Associates Program, an affiliate advertising program designed to provide a means for sites to earn advertising fees by advertising and linking to Amazon.com.

Telson Survival is supported by its readers. Please assume all links are affiliate links. If you purchase something from one of our links we make a small commission, at no extra cost to you. This helps us pay for the running of this website. Thank you for your support!

Electricity prices are continuing to soar high today especially when you consider how more and more households are using more electricity every single day. That’s why there are now people who are going off the grid and are relying solely on solar power for their electricity. They are essentially saying bye to companies that tend to charge high prices for electricity.

But, is off-grid solar power worth the trouble?

If you’re a prepper trying to prepare for SHTF, then the question might seem redundant. After all, what’s more important than being energy independent in case of a survival or emergency scenario?

We agree with you! However, that doesn’t mean we can’t explore the topic a bit and see the big picture of what off grid solar power could mean to you. In this article we try to talk about:

Off-grid solar power is considered to be cheaper and more affordable in the long run when compared to the usual energy prices you pay for when you go for electricity companies.

But how much does it cost for you to install and set up your own off-grid solar power system in your home? How much do usual American households have to pay for them to have their solar panels installed in their home?

Well, the average cost of installing and setting up an off-grid solar system in homes usually varies depending on the location. Of course, smaller cities and towns tend to have cheaper prices in comparison to those who are living in larger cities such as New York or Los Angeles.

But if we were to base it on the average American home, most households use 6kW of electricity on a daily basis. This means that they would be needing six solar panels and three batteries for them to be able to keep up with their electricity demands every single day.

On average, most American households who have off-grid solar power systems pay about $14,000 to have their systems installed in their homes.

However, if you are a larger American household with a larger house and with more people living in it, you may be using more than 10kW of electricity on a daily basis.

This means that you could perhaps spend somewhere north of $40,000 to have an off-grid solar power system installed in your home especially if you go for the more expensive brand of solar panels.

It really depends on your location and on your average electricity consumption as those who spend 30kW on a daily basis would perhaps need to shell out somewhere close to $100,000 to have their solar panels and batteries installed.

Essentially, the larger the household and the electricity consumption, the larger the solar power system that needs to be installed. That also means that you would have to spend more money to have such a system installed in your house.

For some great recommendations of solar power systems, check out our guide of the best off grid solar systems for preppers.

The difficulty of switching to solar power

First off, if you intend on putting your house on the market sometime in the near future, it may be problematic for you to attract prospective buyers or even price your house competitively because most houses that are powered by an off-grid solar power system are seen with mixed reactions from people who are on the market for a new house.

That’s because there are some conventional buyers who may prefer the traditional way of powering their homes. Meanwhile, there may be a few people out there who are willing to go with solar power especially when they want to reduce their carbon footprint. If you can find a market for your solar power home, then you may be one of the lucky few.

Another issue that you may need to address in the future is related to fixing and maintaining your solar power system at home. While solar panel systems don’t often need maintenance because they are pretty much hardy and resilient, it can be problematic if the off-grid system needs fixing because there aren’t many electricians who know how to fix solar panel systems.

You will be needing more specialized help to have your system fixed, but that tends to be difficult to come across in smaller markets and in areas where off-grid solar panel systems are still rare or uncommon, at the very least.

Stay Prepared For Any Emergency!

If you like this article, consider subscribing to our free newsletter.
We only send a few emails each month, with quality content related to Prepping and Survival, and absolutely no spam.

How much money can you save with off-grid solar power?

As we previously stated, going off the grid by using solar power instead of paying for the services of electricity companies would require you to shell out a ton of money at the start so that you can have your own solar power system installed in your home.

If you are an average American household, the average expenses for installing an off-grid system is usually somewhere close to $14,000.

But while it might be expensive for you to have an off-grid solar power system installed in your home, the good news is that you will be able to save money in the long run because you are essentially eliminating your monthly electricity bills.

The average American household spends about $110.76 on electricity bills on a monthly basis. Now, this number could go up or go down depending on your location and on the size of your household but that number is the average in most households in America. If we go with that number, you would end up spending $1,329.12 on a yearly basis.

You also have to understand that you will be shelling out quite a lot of money to have a solar power system installed in your home. That means that it might take about a decade and a half for you to be able to make up for the $14,000 average costs of installing a solar panel system in your home.

Sure, you may end up spending money on maintenance and fixes for your solar panels but, in the long run, you will be able to save money as you are essentially already eliminating your monthly electricity bills.

But you also have to consider that this is perhaps only a good option for those who are looking to spend at least two decades in the same home because switching houses and having another solar panel system installed in the new house may end up costing you more.

Although we don't necessarily recommend it, as it's very difficult, you can try your hand at putting together a DIY solar system for your off grid home.

If you’re a prepper considering an off grid solar system, you’re already aware of the biggest advantage this has: energy independence in case of emergencies, natural disasters or gridlock.

This alone could be a big-enough benefit to make you consider the switch. However, we have a few more benefits and disadvantages related to off grid solar power. We dive into more details for each of them in our dedicated article for the best off grid solar systems for preppers.

Off the grid solar systems benefits for preppers:

Is off grid solar worth it?

So, after going through costs, savings, benefits and drawbacks we’re back to the main question: is off grid solar power worth it?

If you’re a prepper, then the answer is an unquestionable “YES”! The danger of the main grid going down is getting bigger and bigger as consumption needs increase.

Add to this the dangers posed by natural disasters, civil unrest, pandemics and who knows what other climate challenges we might face in the future.

Once you look at the big picture, you’ll be asking yourself why you haven’t already started prepping with an off grid solar system until now!

However, going off grid is costly, challenging and not something that can be done overnight. Take your time to make a solid budget for it, review your options, and start with small steps instead of going all out.

Prepping is something that takes time and needs prioritization. Switching to off grid solar power should be an important, but long-term goal for your prepps.

Whether you need your survival scissors in an emergency situation or for ordinary survival tasks while hiking or on an off-grid escapade, EMT shears will be a great addition in any prepper Bug Out Bag.

We’ll tell you everything about this 6-in-1 multi-tool in this article! We review the features, tools, and accessories of the Leatherman Raptor, its uses, how to sharpen it when it dulls and if it’s worth the hefty price for preppers!

Off grid preppers need a solar water heater because it is a cheap option to get hot water. In this article we discuss their benefits and disadvantages and explore the best options for off grid solar water heaters.

During a catastrophe, preppers must be able to anticipate a bunch of key survival needs. Communication is vital in this, and a police scanner can help you stay one step ahead of everyone else.

I've been prepping for a long time, but 2020 convinced me that I need to take it to the next level.

This website started as a way to keep me going forward on the path to being better prepared.

Now, I’m turning it into a complete blueprint for anyone else looking to do the same! 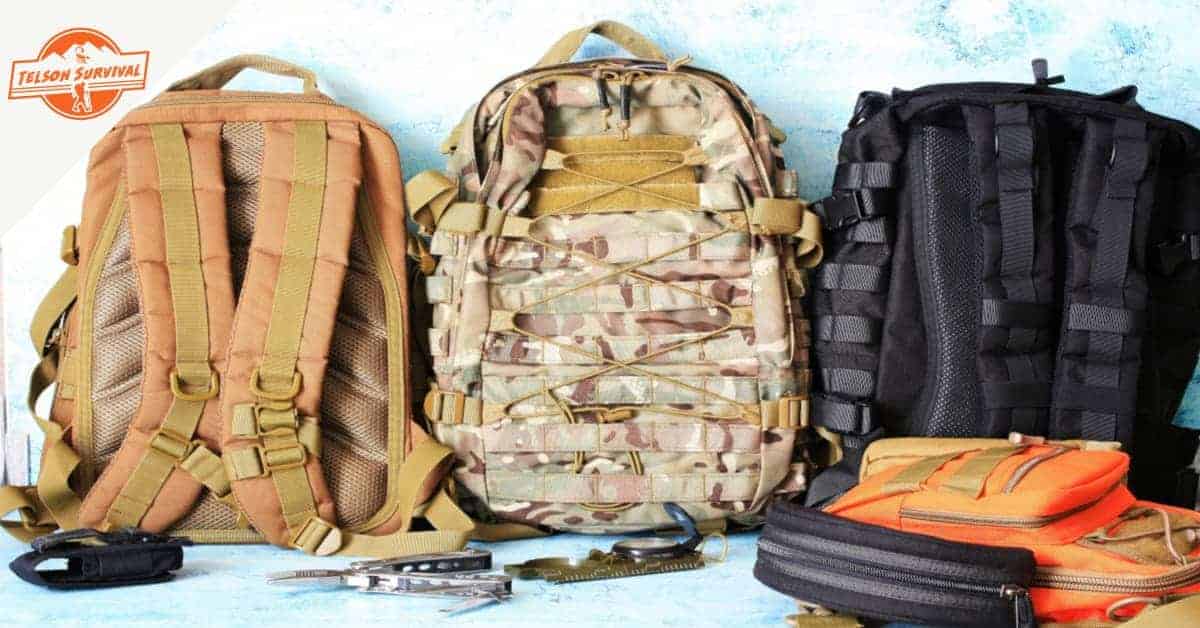 If you can’t put together a survival Bug Out Bag from scratch, follow this guide to decide on the best Premade Bug Out Bag for preppers on the market today! In this informative guide on traditional survival food preservation methods, we’ll get you started on your journey towards prepping your food if or when SHTF. Bugging In [Guide to preparing your home for survival]

Bugging in is your best bet if, in a disaster or emergency scenario, getting on the move will put you at risk or decrease your chances for survival. This article is intended as the Ultimate Bug Out Bag List and the following items should be in every survivalist Bug Out Bag that is prepping for emergencies.

How To Be A Gray Man [A Prepper Guide]

To be invisible, unremarkable, forgettable. Being a Gray Man is often referred to as the ultimate survival skill.